Posted on: April 16, 2017
By: Fashion One
Featured Video
THE BIRTH OF A NEW REVOLUTIONARY DESIGN DESIGN LEGEND

In the shape of boundless creativity a new design legend is born. A ring that defies all conventions, a powerful statement of BVLGARIi’s style signature, challenges anew the very essence of B.ZERO1 design. A timeless icon, inspired by the world’s most renowned amphitheater, the colosseum, has been reinterpreted by a star of architecture: the B.ZERO1 design legend by zaha hadid.

Zaha Hadid marks a new chapter in Bulgari’s most iconic and coveted jewellery collection, with a masterpiece that showcases her unmistakable style: the new B.ZERO1 Design Legend ring.

Bulgari, the Roman Jeweller, together with Zaha Hadid, the greatest woman in architecture of all time, fuse their boundless talent in the name of creativity and design.

Drawing its inspiration from the world’s most renowned amphitheater, the Colosseum, Bulgari celebrated the new millennium with the creation of its now iconic B.ZERO1 ring, whose unique and state of the ar t design revolutionized the aesthetic codes of classic jewellery.

Today, the B.ZERO1 Design Legend ring is a fusion of style trademarks communicating one perfect language. Combining Emperor Vespasian’s architectural statement of power, Bulgari’s bold and geometric design and Hadid’s fluid and curvaceous construction, the new ring is the sublime synthesis of the classic, the revolutionary and the timeless . 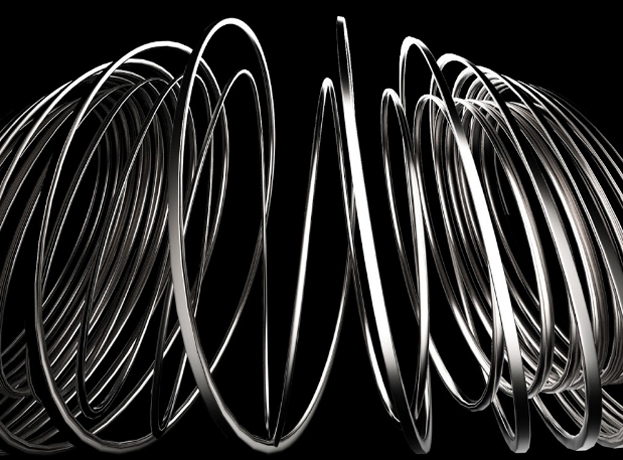 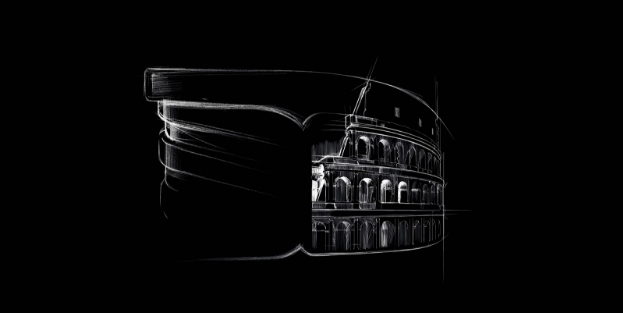 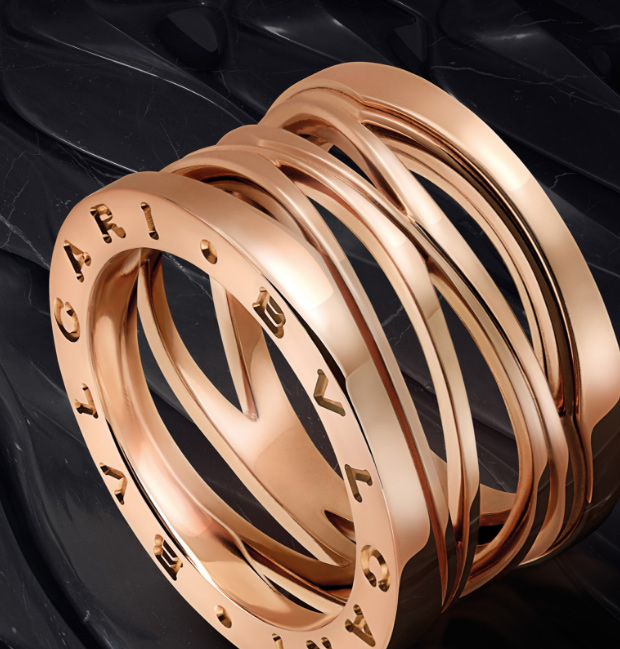 Just as Bulgari has revolutionized the aesthetic codes of traditional jewellery, Zaha Hadid has liberated architectural geometry by creating highly expressive, sweeping fluid forms of multiple perspectives: pillars which would have traditionally been constructed vertically are oblique; corners dip into unexpected curves; corridors and passages open spectacularly onto windows that dive into the landscape.

The same pioneering approach has marked Bulgari’s style for decades , incorporating unusual colour combinations , unexpected materials – such as ceramic or marble - and bold proportions, challenging and redefining the very essence of jewellery design.

B.ZERO1 Design Legend fits perfectly into Bulgari’s creative vision, as the collection is not intended to appease convention, but rather to go beyond the limits of classic jewellery design and express exquisite ingenuity. 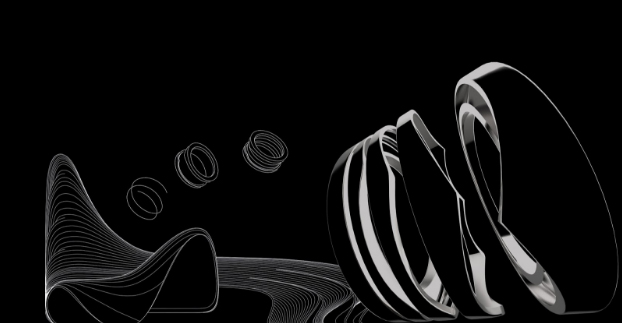 Pioneering and creative, Bulgari has become known over the years as a master of innovation for its novel approach to design, sharing with Hadid the compelling desire to break conventional barriers .

Years of great social changes and experimentations, the 1970s inspire Bulgari’s imagination to go once again beyond design frontiers, incorporating in the great variety of motifs unusual materials, such as coins from antiquity, steel and silk.

Bulgari’s drive for innovation is expressed also through the creation of new techniques. One of the most characteristic and successful is the tubogas, a flexible band of sleek and polished contours produced without soldering, that is since the 60’s one of the trademarks of the brand.

With this enlightened concept of jewellery design, Bulgari crafts in 1999 B.ZERO1, a ring that defies all conventions , a powerful statement of its innovative vision, in a synthesis of pure lines, bold proportions and unusual materials.

The new disruptive design takes form in four new creations enriching the B.ZERO1 constellation; the bold 4-band ring in pink gold, also available in a thinner 3-band version in white or pink gold; and an edgy pendant in pink gold.

With the original design of the ring in mind, which fuses two hallmarks of the brand – the tubogas motif and the BVLGARI double logo – Zaha Hadid deconstructs the iconic central looping band.

Clasped by two flat rings which are engraved with the classic BVLGARI logo, the central body of the ring takes the shape of undulating gold waves, flowing freely in an indefinable yet distinctive and dynamic movement.

The ring’s inf ini te curvilinear structure exemplifies fluidity and feeling of movement, with a design that makes a rigid material looking effortlessly organic and alive.

The intersecting circles of the B.ZERO1 Design Legend ring appear to hover over the finger rather than close around it, tricking the perception and demanding a closer look, just as outstanding buildings oblige you to firstly admire the beauty of the structure before compelling you to question the very physics of architecture that make the fabulous feats of design possible.

Bulgari parted from convention with the B.ZERO1 empowering the wearer rather than celebrating an occasion. This manifested in a non- conventional structure of a wide band, and focussed on its form rather than a jewel as a centrepiece, and revolutionised not only the classic style of ring up to that point in design history, but also the ideal of one.

Comparably, the Moka pot by Bialetti stood for a similar technological and economic advance during the 30s, standing at the precipice of modernity and symbolising a new paradigm.

Drawing another comparison to a design legend, the Archolamp by the Castiglioni brothers became a classic because in that one object, form and function met in a perfect harmony as it does in the B .zero1.

An undisputed icon of Italian design, the Cinquecento was a car that changed the way vehicles were bought and utilised, just as the B.ZERO1 has refashioned the way a classic ring is acquired and worn.

A LARGER THAN LIFE DESIGN

Bulgari lives and breathes an extravagance that is intrinsically Roman and the B.ZERO1 design reflects the energy of this spirit . Glamorous, sensual, and vivacious, Bulgari’s style is exquisitely unconventional. Bulgari asserts the strong character of the Italian Maison and the philosophy of doing as the Romans do.

As a masterpiece of volume, vision and vibrancy, the B. zero1 design is unmistakably distinctive, unapologetically bold, and reflects the very Roman idea of grandiose beauty. It is just the perfect juxtaposition between tradition and modernity.

Romans embody their city’s individual sense of style, its lavish exuberance, its brazen authenticity; this is the BVLGARI attitude - expressed in a vivacious approach to design – and it is larger than life.

B.ZERO1 AND THE WORLD OF DESIGN

B.ZERO1 is not only the essence of design, it stands also for ability to think outside the box, as only creative minds can do.

The B.ZERO1 perfect mistake, one of the latest additions to the collection, debuted early 2016 but was crafted over 16 years ago, as a second prototype, an accidental mistake in the making, when the first ring was born. Not forgotten, especially for its eye catching, bold combination of mixing three shades of gold – yellow, pink and white, Bulgari has finally unveiled it to the world showing how a creative mistake can lead to brilliant imperfection and innovative design. Meanwhile also a third prototype has been formed of a defiant meld of ideas. As a ring, stretched to the limit, its thin, bangle shape gave rise to a daring bracelet design, exploratory and radical, yet delicate and sexy.

This year, The Smithsonian Museum def ined the B.ZERO1 as a “jewel of extraordinary design” in their ultimate publication THE GEM - THE DEFINITIVE VISUAL GUIDE.

Another key moment in the B. zero1 design evolution was the celebration of the ring’s tenth anniversary in 2010, when star artist and sculptor Anish Kapoor created a new interpretation of the icon. Fusing the traditional tubogas-inspired spiral into a gleaming liquid mirror surface, Kapoor smoothly intersected contemporary art with B.ZERO1’s bold identity.

Today, the B.ZERO1 Design Legend is a new milestone in the design history of the iconic ring. Once again, it unfolds a new facet staying true to its essence.

Universally appealing and instantly recognizable, B .zero1 charmed jewellery lover s from its first appearance, striking just the right balance between the classic and the distinctive.

Born from a purely Roman inspiration, the Colosseum, and being the first iconic piece of jewellery of the new millennium, B.ZERO1 soon became a symbol of Bulgari’s ability to convert a classical model into a groundbreaking vision.

Its radical design fuses two hallmarks of the brand’s iconography: the tubogas motif and the distinctive BVLGARI logo.

In the daring spirit of the brand, the collection has been reinterpreted over the years , experimenting with new colours and materials and always pushing the boundaries of its original design.

Today B.ZERO1 is an authentic statement of the Bulgari style and a distinctive icon in the jewellery world.

Zaha Hadid continues to leave cultural, educational and commercial landmarks throughout the world, with architectural projects such as the National Parliament of Iraq, the King Abdullah Petroleum Research Centre in Riyadh, the Mathematics Gallery at the Science Museum in London, and the Nanjing Culture and Conference Centre in Beijing, to name just a few of jobs currently in progress . Not to even mention the shoes, yachts , fine china and interiors she has created that continue to question traditional forms and challenge the world to re-think our design perspective.