Posted on: January 27, 2017
By: Fashion One
Featured Video
Bottega Veneta’s Art of Collaboration ongoing project returns for the Spring / Summer 2017 advertising campaign through the eye of American photographer Todd Hido.

The campaign was shot in New York City at the Modulightor Building, designed by the legendary architect Paul Rudolph. Also known as the Building of Light, this iconic structure features interwoven horizontal and vertical spaces with a combination of large and small windows along the façade to create a distinct and surprising sense of airiness, depth and dimension in a relatively small space. The choice of the Modulightor Building is in keeping with Creative Director Tomas Maier’s profound passion as well as the house’s commitment to modernist art and architecture. 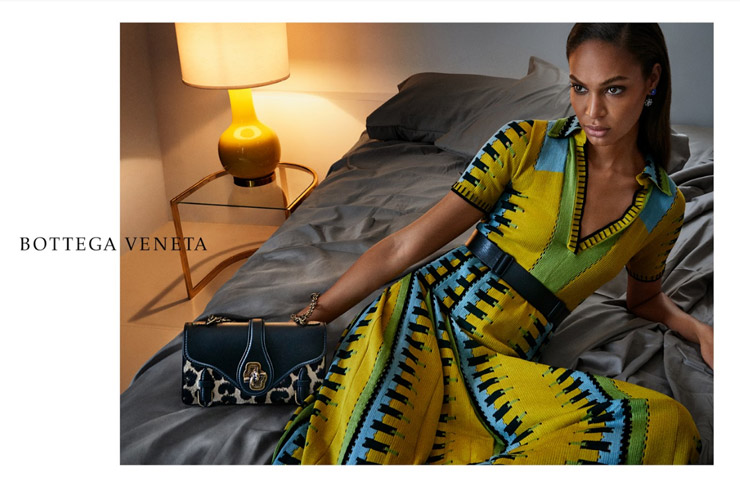 The Spring / Summer 2017 collection marks Bottega Veneta’s 50th anniversary as well as the 15th year of Tomas Maier as Creative Director of the brand. For the occasion, a special collection of bags comprised of new styles combined with items from the archive, was presented along with the iconic intrecciato clutch worn by Lauren Hutton in the 1980’s movie American Gigolo. The actress once again carried the bag while on the runway during the Bottega Veneta’s special fashion show at the Accademia di Belle Arti di Brera in Milan. Lauren Hutton’s legendary effortlessness and timelessness are captured in this campaign where she poses with Joan Smalls, Vittoria Ceretti, Hannes Gobeyn and Morten Nielsen, to represent the idea of iconic beauty that Tomas Maier also featured on the Spring / Summer 2017 catwalk. The long and fluid silhouettes comfortably envelop the models’ bodies with the simplicity of the superfine fabrics in light tones, while the multi colored and vibrant palette of leather garments are juxtaposed against the modernist building. 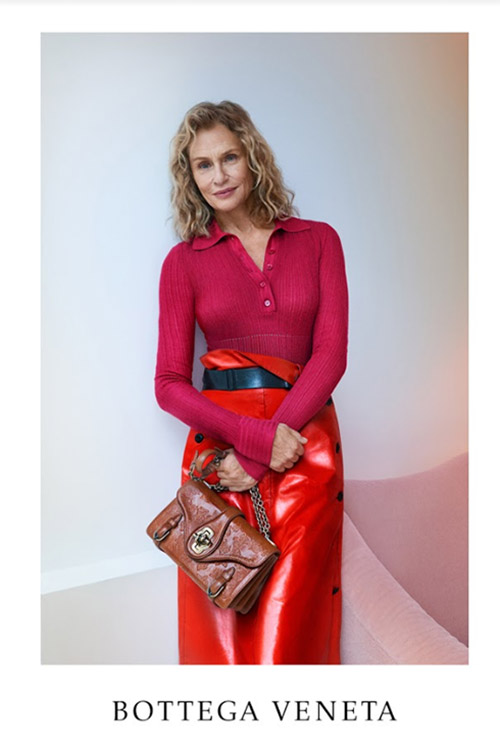 Todd Hido has a special affinity for capturing homes in suburban America and enriching them with a sense of character through the way he perceives and captures light. His shots are often suggestive, deeply saturated and appear to have a glow which the photographer creates exclusively through natural lighting. In his more recent work he introduced the human body to the interiors of the homes he shoots creating a narrative of tension and intimacy. His singular and sophisticated aesthetic blends with the essence of Bottega Veneta. 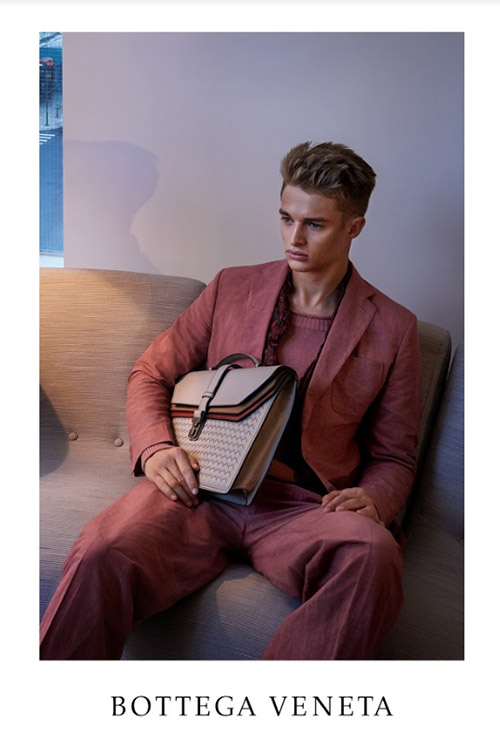 “I am a great admirer of Todd’s work, his images speak quietly yet extremely suggestively in a subtle way and his use of light and colour creates moods that are unique. We have a similar approach and sensibility, I like his sense of delicacy and intuition,” says Tomas Maier.

The Art of Collaboration was introduced by Tomas Maier after he joined Bottega Veneta as Creative Director in 2001. The ongoing project invites world-renowned visual artists to collaborate on the campaign for each season. Todd Hido has joined this list of celebrated photographers, which includes Viviane Sassen, Nobuyoshi Araki, Nan Goldin, Philip-Lorca diCorcia, Pieter Hugo, Peter Lindbergh and Juergen Teller, who have contributed to the creation of Bottega Veneta’s advertising portfolio.


See more of this incredible collection at http://www.bottegaveneta.com/us.