1
So how mean had been Fat People Hate?

By: Cecilia Torres
So how mean had been Fat People Hate? It’s tough...

Jul 04
2
Klick: a New was tried by me Dating App Designed Like Instagram To See If I Will Discover Love On Line

By: Cecilia Torres
Klick: a New was tried by me Dating App Designed...

Jul 04
3
Internet dating in Ukraine. The means that Ukraine’s IT part is flourishing is one thing beneficial when it comes to country.

By: Cecilia Torres
Internet dating in Ukraine. The means that Ukraine’s IT part...

Jul 04
4
12 Indications Your Man Friend Would Like To Date You: For The Clueless Among Us

By: Cecilia Torres
12 Indications Your Man Friend Would Like To Date You:...

By: Cecilia Torres
Facebook Dating offers enjoyable, interactive features which will help you...

In the world of Stuart Weitzman, “sexy” means being comfortable and confident in your own skin, and the campaign captures this essence in an effortless chic way. A soft femininity is celebrated within each image, and none is more impactful than the mid-calf Clinger bootie, which is photographed elegantly on Gigi Hadid in the nude in its new satin material. Meanwhile, a glamorous nod to American style emerges with the statement-making, embellished Décor sneaker. Both Clinger and Décor are available for pre-order on www.stuartweitzman.com. 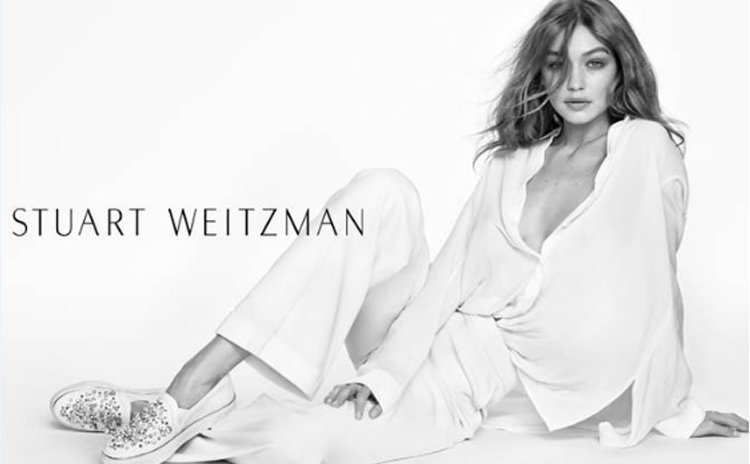 The international advertising campaign will launch in the United States, Canada, Europe, and Asia. A behind-the-scenes video and additional creative content will be featured on www.stuartweitzman.com and in Stuart Weitzman boutiques worldwide.