Posted on: April 15, 2017
By: Fashion One
Featured Video
Model and actress Rosie Huntington-Whiteley dazzled on the red carpet wearing the Luminance Earrings and the Luminance Fern Ring from the NIRAV MODI Luminance collection at the Fast and Furious Premiere 8 on April 8th, 2017 in New York. 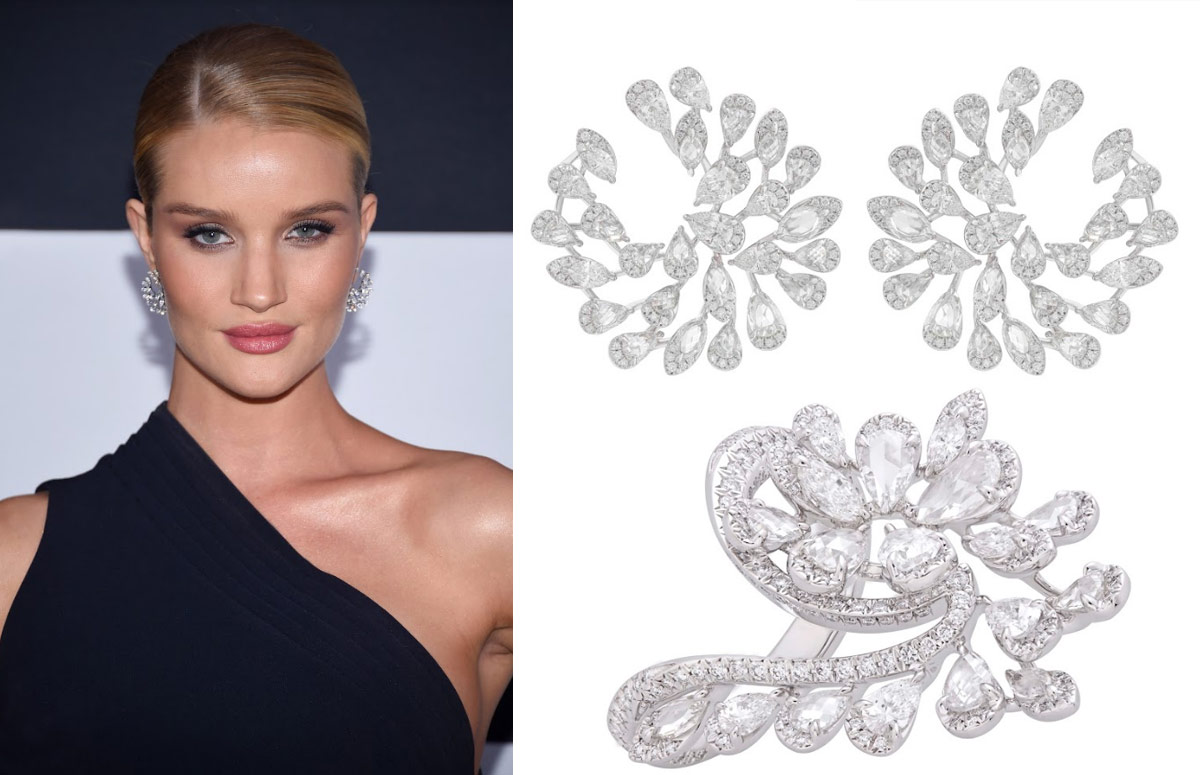 The Luminance Collection draws inspiration from the gradations of light. A variety of diamond cuts are combined in a fluid and playful juxtaposition. A mélange of pear shaped and marquise shaped diamonds create a magnificent burst effect in these earrings with beautiful shades of luminance. Diamonds are set in 18 k white gold.

Rosie starred in NIRAV MODI’s 2016 campaign, and will be featured in the 2017 campaign, photographed by Patrick Demarchelier launching later this year.