By: Cecilia Torres
I want to make improvements to my odds any way...

Posted on: February 22, 2015
By: Stephanie Park
Featured Video
Despite all of his best efforts, Kanye West’s Yeezy Season 1 Adidas Collection has been the subject of criticism and debate in the industry. Some lauded the clothing, while others very publicly spoke out against it. Amidst all of the clamor and buzz surrounding his Adidas line, Kanye has remained uncharacteristically silent––until now.

After Kelly Cutrone called Kanye a ‘joke’ and the creator of New York Fashion Week, Fern Mallis, told the New York Post she was “kind of over” him, the star has finally taken to Twitter to defend his line. The fashion world held its breath, waiting for another Kanye outburst, but the rapper kept his cool and instead started a serious dialogue about his career in the industry. 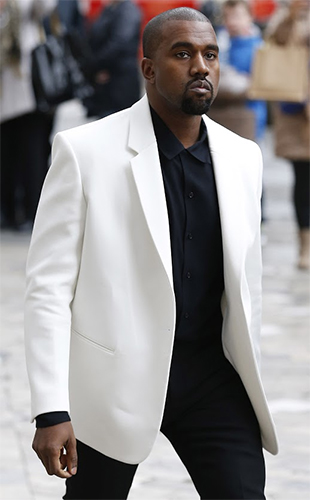 Unphased by Fern’s cold shouldered comments, Kanye West instead focused on the larger problems of stereotypes and lack of diversity in the industry. He stated his fame as being a hinderance, rather than a boost, to his design career––adding to his previous sentiments that he lost many fashion friends after dating reality star, Kim Kardashian.

To Fern Mallis: I just want you to understand that attempting to do clothing has been very difficult


and I have encountered countless amounts of bigotry along the way.

The designer ended his Twitter defense by telling Fern that if she wanted to have a real conversation with him they could meet at The Spotted Pig for drinks. It appears that The Spotted Pig is Kanye’s go-to for making up; the rapper previously met up with new friend Taylor Swift there for dinner.

FASHION WEEK SPRING SUMMER 2015-2016 HIGHLIGHTS
Do you have a Fashion story idea or tip? Email us at submissions@fashionone.com.